Apart from the obvious caffeine delivery benefits I think coffee is so popular amongst nerds because it allows for infinite fiddling. As technology has become more and more monolithic we are losing our venues for scratching the fiddling itch most nerds feel. There are a million different variables to adjust. You can adjust brewing method, temperature, recipe, origin and roast to your tastes. It also provides a delightful forum for argument about which is best, an argument which can never be settled because it is entirely subjective. A nerd’s dream.

The promise of home roasting your own coffee beans is that you can both customize the exact level of roast to your preferences and also get the freshest coffee possible. I wanted to try this out in as low-risk a way as possible. You can easily spend hundreds of dollars on roasting equipment but thankfully there is a great entry level alternative. You can roast coffee in a hot air popcorn popper. The concept sounded a bit nuts to me at first but after reading a few articles it seemed worth a try. 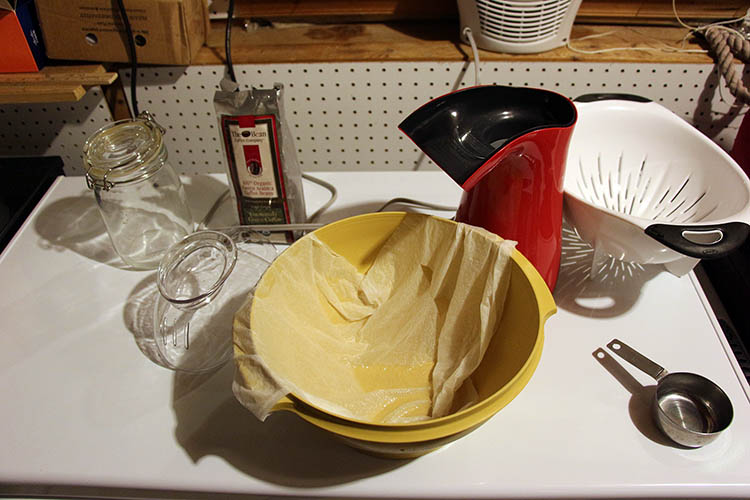 Once you have assembled these components the actual roast is remarkably simple. 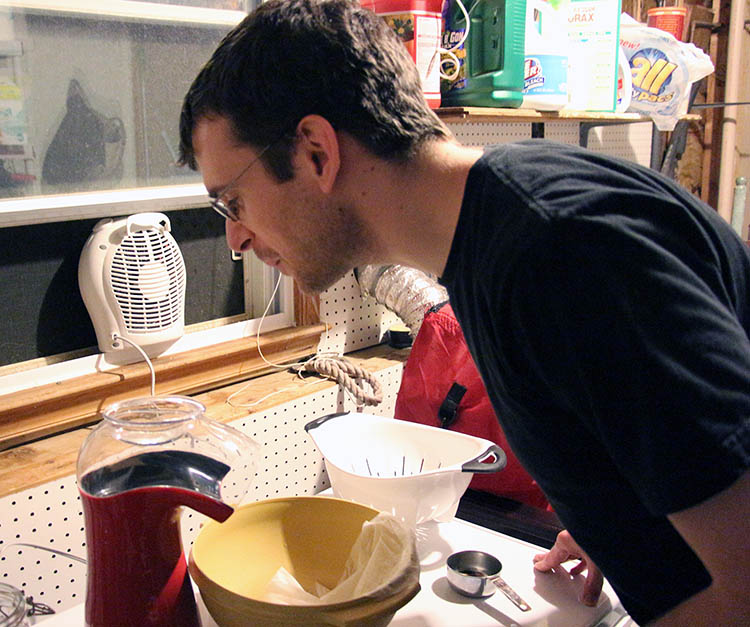 As you roast the chaff will blow out the front of the popper which is what the bowl with a wet paper towel is for. I found this collected 90% of the mess without much fuss.

Doing this next to a window is likely a good idea (potentially even with a fan blowing towards the outside). There isn’t a huge amount of smoke generated but a reasonably strong smell will result which isn’t foul but might not make your spouse/roommates happy.

I recommend watching the videos on the Sweet Maria’s guide all the way through before doing this the first time to get a good sense of what to expect and how to judge the level of roast you want.

For the purposes of getting started I wanted to do my first roast with as low an initial investment as possible. I had no idea how much I’d like it. I was able to do my first roast for an upfront cost of only $33. I got a super cheap (but generally recommended) popper, the West Bend Air Crazy. I found a supplier on Amazon that sold a 1 pound bag of green beans, The Bean Company. All shipped free with Prime to my house. At those prices I wasn’t too worried about it all going horribly wrong.

In the long term you can save a bit of money home roasting. Mostly because green beans last so long and are a bit cheaper than pre-roasted. For comparison I looked at prices at Coffee Bean Direct, which sells the same beans both roasted and unroasted. Kenyan, my favorite bean origin, retail for around $9.80/lb for Roasted and $8.40/lb for unroasted. That assumes you get a 5 pound bag of roasted and a 25 pound bag of unroasted. So you save about a dollar per pound. At the rate I drink coffee my popper would pay for itself it around 5 months. Nothing too dramatic. Again, don’t do this for the money.

I thoroughly enjoyed the process of trying this out and plan to continue doing it in the future. I like it mostly because of the fiddly itch it scratches and just the fun of watching the beans change colors. I’ll probably be getting a nice big bag of Sweet Maria’s Kenyan and keep tweaking the process as I go. And hey, at $33 what do you have to lose? 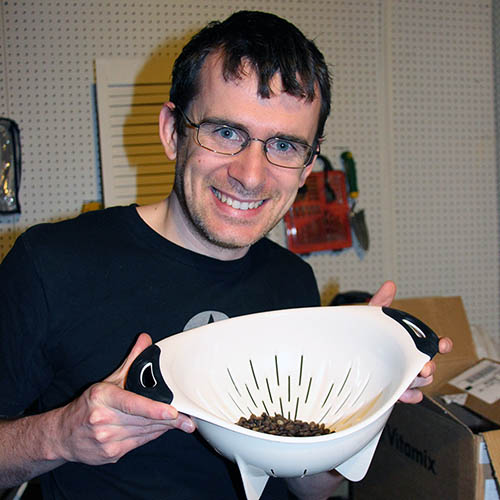