It is now widely accepted that Apple will be releasing a new iPad early in March. It is expected this will include a Retina display like the iPhone. This would have a resolution of 2048x1536 (double its current resolution of 1024x768). I find numbers like that often hard to visualize so I did a quick graph comparing that to current Apple displays. A screen that size would be 96 pixels taller than a 27” iMac or Thunderbolt Display in landscape and 608 pixels taller in portrait. This will present problems for developers and designers of iPad apps unless Apple also releases a new display with either a higher resolution or a HiDPI mode. Otherwise we will no longer be able to view 1:1 mockups or run the simulator at full size without clipping part of the view. 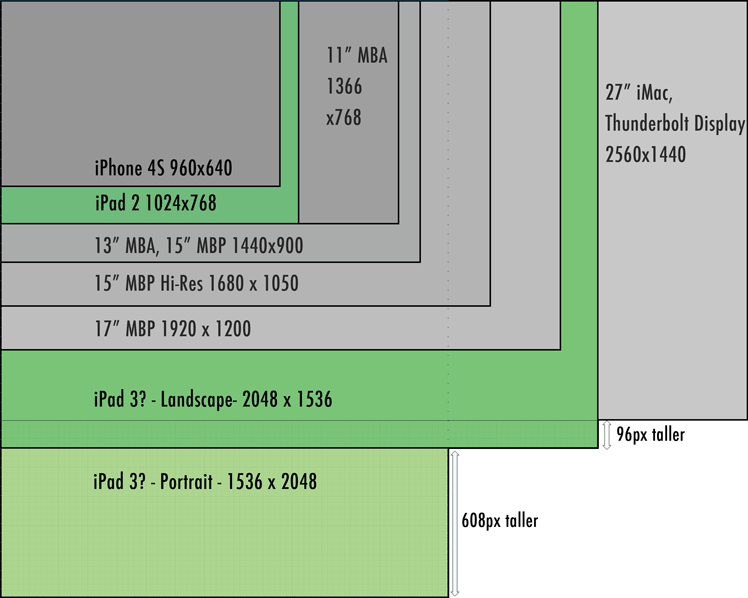 Click on the diagram to see it at 1:1 pixel size.