Troy Gaul has released a fantastic little tool for visualizing the a WatchKit app in context. It is called Bezel and is described by him here. The app grabs the screen from the currently running Apple Watch simulator and displays it within a chosen Apple Watch bezel. It also forward along taps to the simulator so that you can just interact with this directly. 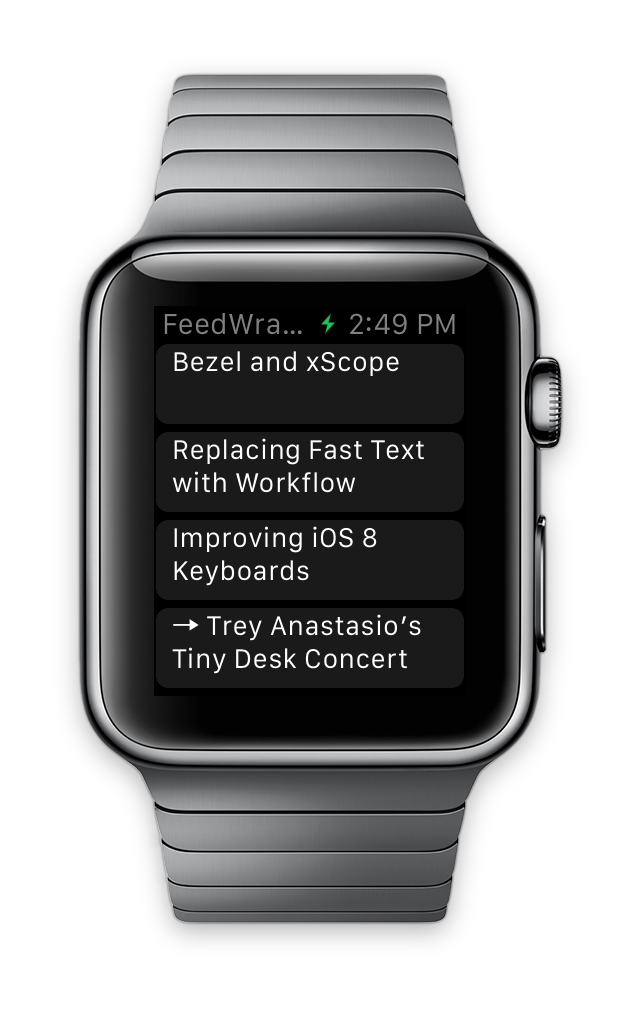 While the visual context is fantastic I’ll be using this tool from now on because it addresses an issue (rdar://19058002) I’ve had since Beta 1 of WatchKit. The simulator shows at twice size on a retina Mac’s screen (like my Retina iMac). This is really troublesome because it gives me a false sense of security with regards to sizing of screen elements, making them appear bigger than in reality they will be. This was what ultimately drove me to the xScope trick I described earlier for visualizing WatchKit apps. The xScope trick continues to be a great tool for getting even more accurate representations of the apps in real sizes.