Yesterday Pedometer++ had its one millionth download. Here is the story of how it got there. 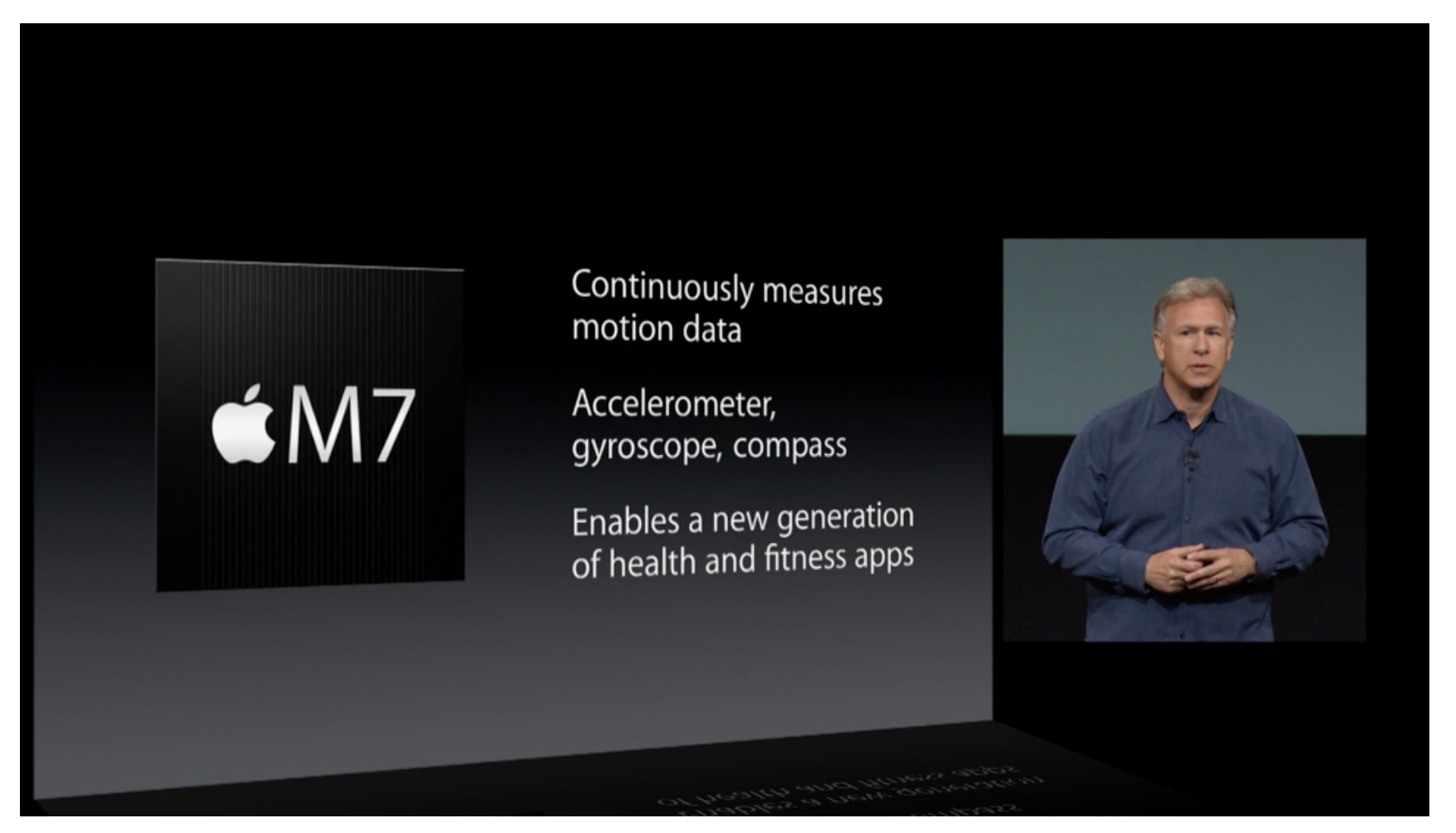 On September 10th, 2013 Apple announced that the iPhone 5s would include a new motion tracking chip called the M7. This chip allowed your iPhone to begin functioning as a fitness tracker. I remember first seeing Phil mention this in the keynote and wondering whether I could get an app together in time for when the iPhone launched the following week.

I quickly discovered that I couldn’t realistically ship an app without actual hardware because none of the APIs worked in the Simulator. So the following Friday I got up at some ungodly hour and got in line at my local Apple Store to get my iPhone 5s.

Once I got it, I rushed back to my office to try out the dead-simple app I’d thrown together. The app worked and I submitted it to the App Store. After review the app launched a week later. It was extraordinarily basic. 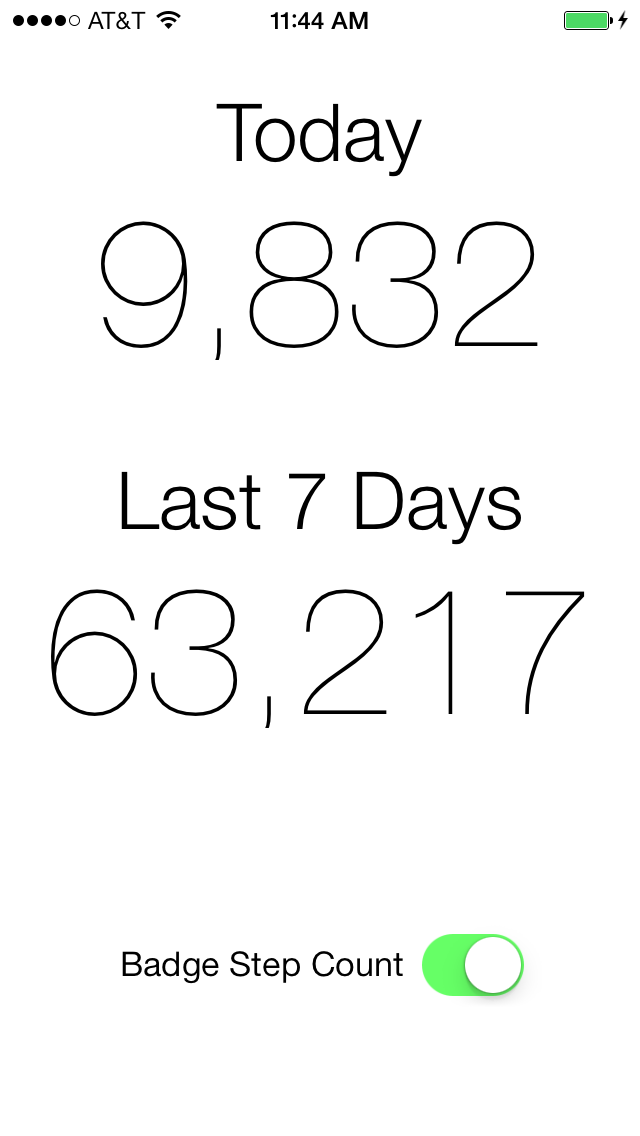 The response to it blew me away. I had put it on the store more as a whimsical tool for playing with the new hardware but it took off from day one. With 12k downloads in its first day of availability, and 30k its first week. Seeing this opportunity I worked over the next few days to get a better, more capable application ready. 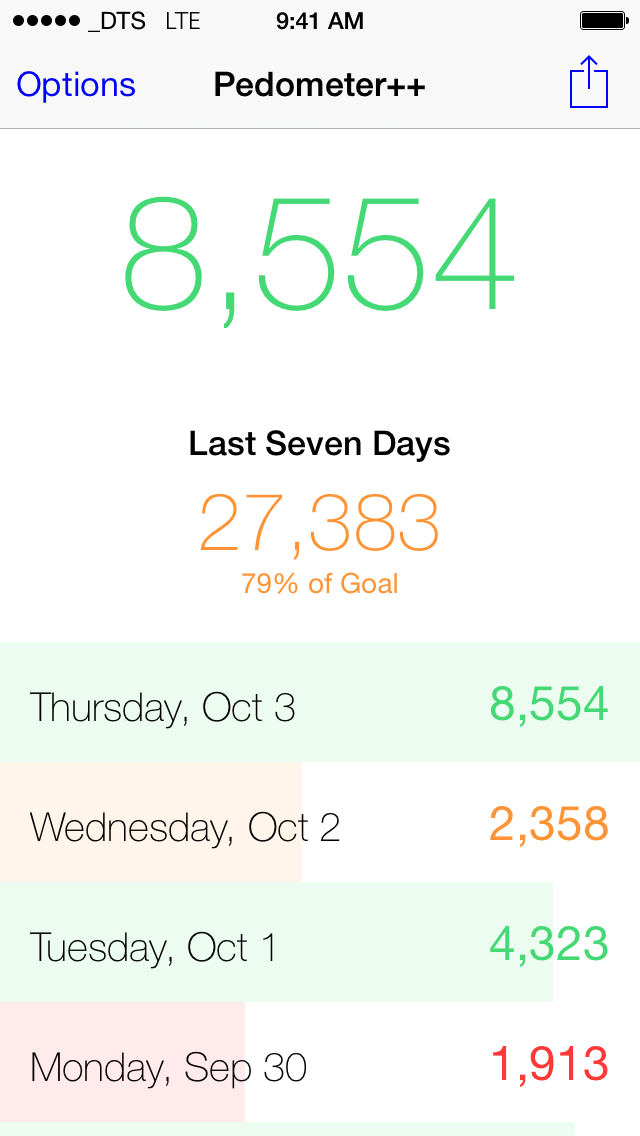 Version 1.1 launched 9 days later which was a significant overhaul of the app. This included the concept of working towards a goal as well as storing your daily step totals. From here the app continued to grow in terms of popularity and downloads.

Given the attention it started to receive it also became the target of a slew of copycat applications (my thoughts on which I discussed then on Developing Perspective). I wanted to try and make sure that I stayed ahead of these so I began working on another major update to the application that was a bit more thoughtful than the rush-job I’d done for v1.1.

This resulted in the visual structure and features that the app includes today, which was launched on January 31, 2014. 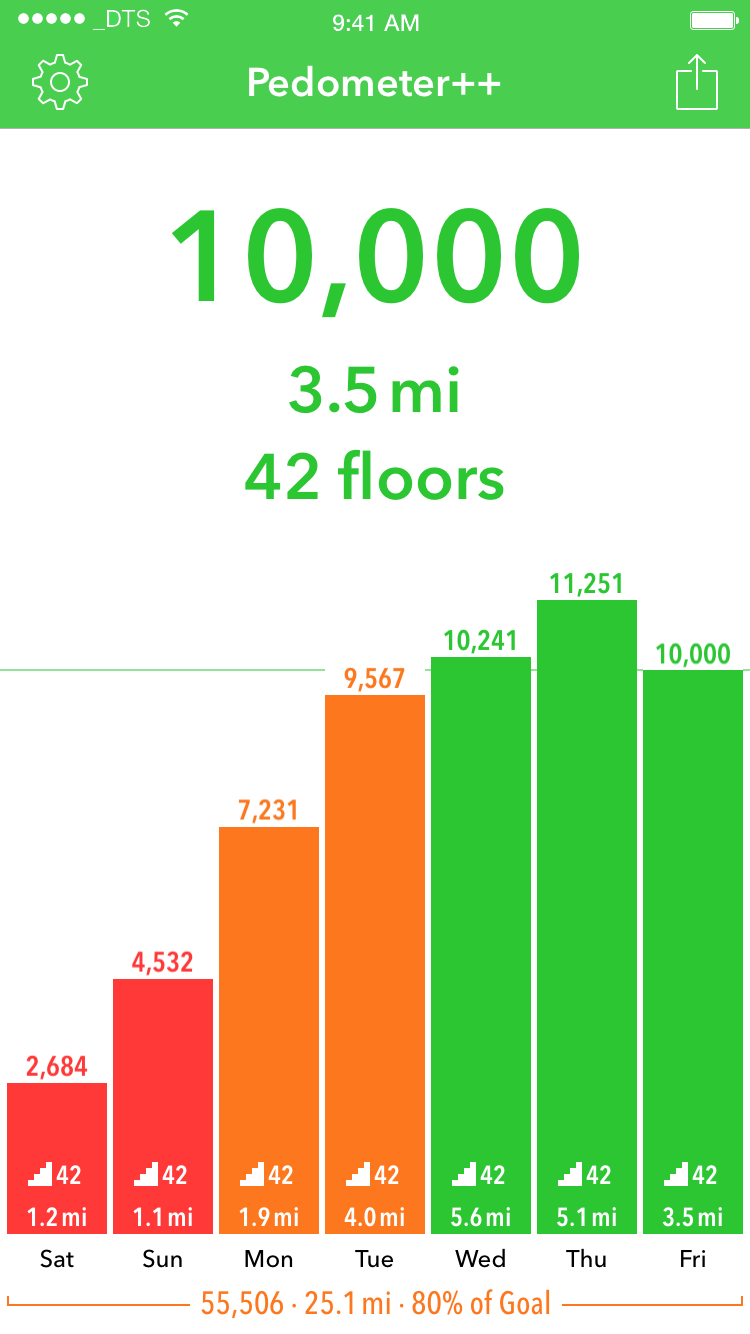 Pedometer++ has become one of the most important apps in my portfolio and probably the app I’m now most widely known for.

It also carries with it an attribute that I’ve never experienced with any of my other projects—a sense of doing genuine good. I have had countless reports of how it has helped people get healthier, recover from injury or lose weight. These are the stories that really impact me as a developer. The thought that something I made in my basement can have extended and improved people’s lives is truly remarkable.

As I sit here 1.5 years later I see a bright future for Pedometer++. Apple continues to enhance and expand the fitness tracking capabilities of their devices (including the Apple Watch). Pedometer++ will continue to adapt and improve right along with these. It is remarkable to me how such a simple concept can hold up so well in the long term.

For the number nerds out there, here is the weekly downloads graph since introduction: