I love Live Photos. Simple as that.

When they were first announced I thought they were a bit of a gimmick, but now a month later I’m completely sold. They allow you to capture a moment in a way that you can’t really appreciate until you get used to having them.

They provide context. They let you capture the sense of the moment not just record the image you saw.

I like them so much in fact that I have made a little, free app for making them easier to browse and share. It is called LiveToGIF.

It is a ridiculously simple. It provides you with a list of your Live Photos and then one touch buttons to generate an animated GIF of the photo or extract the raw movie file from it. Enjoy! 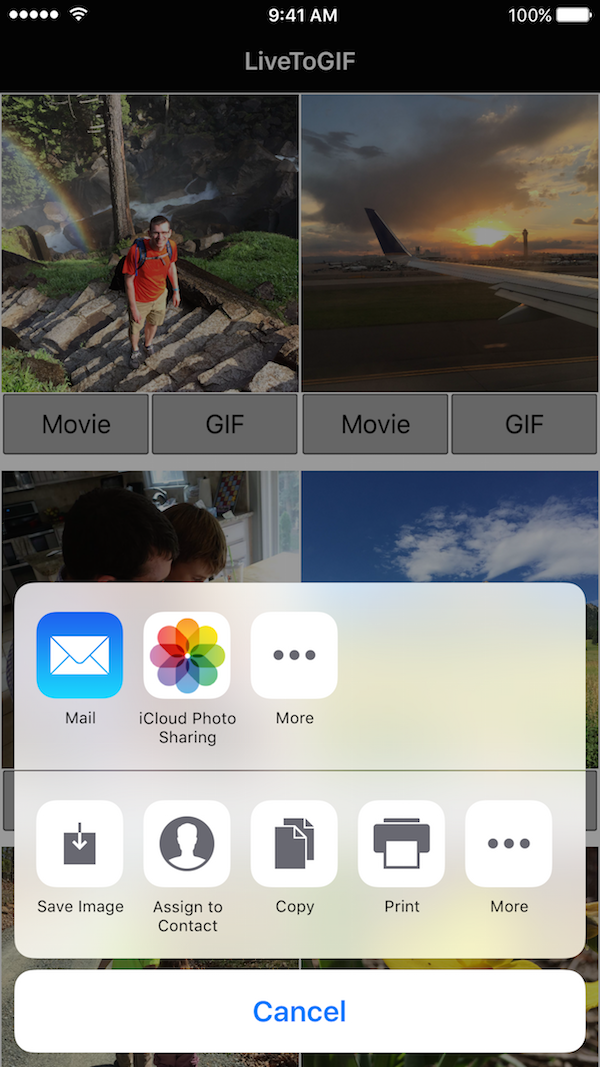