I increasingly find myself wishing that Apple made a smaller, simpler and cheaper Apple Watch. A device that would compare more closely to a FitBit or similar lightweight fitness tracker. The current direction the Apple Watch is taking seems to leave behind so many users that it seems like a big missed opportunity.

I’m imagining a small device. Called something like the Apple Watch mini/nano (I’m actually quite fond of calling it the Apple Seed in my head). It would be physically much smaller than an Apple Watch. Have only a small display which essentially just displayed the time and your Activity rings.

There would be no real ‘apps’ on it. Its primary purpose would just be to track your physical activity throughout the day. I could maybe see including the Apple Watch’s ‘red dot’ for notifications but wouldn’t expect to be able to respond to notifications from the device, only be made aware that there were things to see on your iPhone. 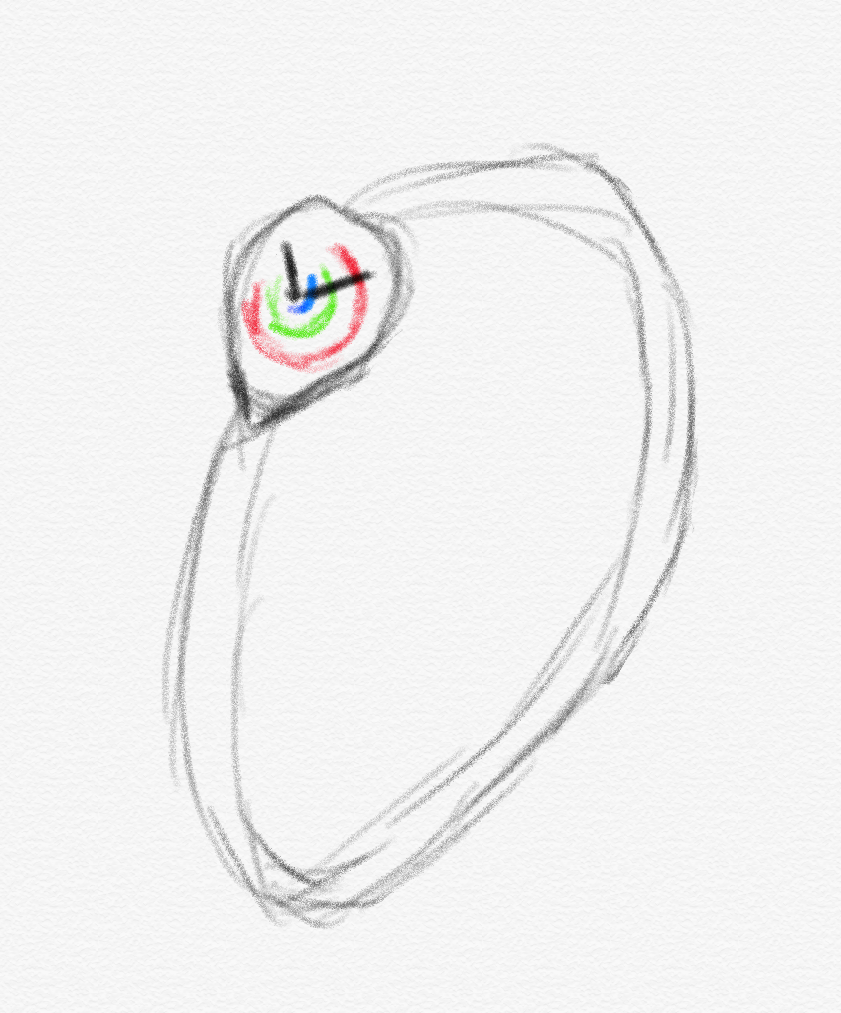 I’m sure Apple has good reasons for not releasing such a device thus far, but the more I think about it, the more I really wish it existed. For both my own use and for the iPhone community more broadly.

The main reasons I wish it would exist are:

Battery Life: While the battery life of an Apple Watch is good (and gotten better each revision), the reality is that there is a huge difference in a device that needs to be charged once a week rather than once a day. I suspect there are some users who are reluctant to commit to adding another device in their life they need to manage and so are reticent to get an Apple Watch. Also, there are certain activities (for example, hiking or backpacking) where regularly charging is awkward and diminishes the utility of the device.

Wrist size: The smaller model of Apple Watch is one of the smallest smartwatches available but even so is still not ‘small’ by any means. This is even more true with the Series 4’s 2mm increase in size. When you wear an Apple Watch it is a very big and bold component of your appearance. I’d love to be able to wear an activity tracker that wasn’t quite so substantial. Something that you could wear along with a traditional watch and it wouldn’t seem absurd. Not to mention the benefits a smaller size would present to those with smaller wrists for whom even the 40mm Apple Watch looks oversized.

Cost: The Apple Watch is expensive, no way around it. It starts around $400 for the current model ($300 if you get an older one). That is a lot of money for something who’s purpose is to augment your $800+ iPhone. It isn’t an ‘impulse buy’, it is a thoughtful considered purchase. If Apple were to make a model that was more in the $99 - $129 price point I suspect it would massively open up the audience for the device.

Durability: I’m often a bit worried about the ruggedness of my Apple Watch. They are generally pretty robust and resilient but there are lots of situations where I choose not to wear it out of concern that it might get scratched or broken. These are unfortunately also often the situations where I am being the most active and adventurous. A simpler device that was softer and didn’t feature a giant glass screen would make me much more inclined to be cavalier with the situations I used it in, especially if the cost were dramatically lower too.

Simplicity: The Apple Watch is extraordinarily capable, and if I’m honest I think it might be a bit too capable. I think it is fair to say that I’m an Apple Watch power-user and even I don’t fully understand all of what it does or how to best use it. I suspect most of its users are barely scratching the surface of what it can do. Mostly just using it for notifications and activity tracking. A device that boiled down to just these essential features would present a much more easily explainable and less intimidating face.

Adoption: The Apple Watch seems to have had a really good Christmas season, I observed a sizable jump in my users who have Apple Watches attached to their iPhones. But the overall adoption is still pretty low. Among the admittedly fitness oriented users of Pedometer++ I see only around a 17% adoption of the Apple Watch (up from 14.5% before Christmas). This means there is still a major contingent of iPhone users who don’t have one. Just based on my own looking at people’s wrists around town or at the gym this isn’t because many of them don’t want a fitness tracker, indeed FitBits seem to be popping up on more and more wrists these days. Every FitBit attached to an iPhone is a missed opportunity for Apple.

Entry Point: I suspect that offering a low-end model of the Apple Watch would also have the benefit of gradually increasing adoption of the high end model. My Apple Watch has become an essential part of my day, useful in countless situations, many of which I wouldn’t have been able to guess before I got it. A simpler entry device could serve to get users comfortable with what wearing a device like this regularly can do for you. Then once you are used to it you may better appreciate what a higher end model can do and the benefits it would bring to your life.

Accessibility: There is something that hits me a bit funny about the Health and Fitness marketing of the Apple Watch. I am extremely glad it is a focus for Apple and it is clear it is having a significant impact on the lives of its users. I see this both in Apple’s marketing as well as countless stories I hear from my own users who have found that fitness tracking can cause dramatic improvements to your health and wellbeing. However, this potentially life changing benefit isn’t accessibile to everyone but I wish it was. Maybe a simpler, cheaper, less capable device wouldn’t provide the full level of benefit that a fancier model can, but it would provide something. It would be great for more and more people to have access to a device like this.

I doubt any of these reasons would come as a surprise to Apple. I’m sure they have good reasons for their current line up. All I can say is that I hope that what we have seen thus far is just the start, and we can hope for them to expand and diversify their line up moving forward.

I’m reminded a bit about the iPod. Where Apple relentless pushed the device to be more and more accessible and broadly appealing. There was an iPod for any price and purpose. They weren’t afraid to cannibalize the sales of their higher end models by filling in the low-end. I’d love to see that bit of Apple history repeat itself.