Geneva Moon used to be named Moon++, but it turned out that was really tricky to type on an Apple Watch.

This app started life as so many of my apps do…from a frustration that just got under my skin.

I just received my new Series 5 Apple Watch. While reading reviews for it, many reviewers were using the moon complication in their product shots. I think this is because it is the default complication for the new California watch face. Anyway, I liked the overall aesthetic of it and so tried it out myself.

I went outside and looked up at the moon in the sky. This is what I saw: 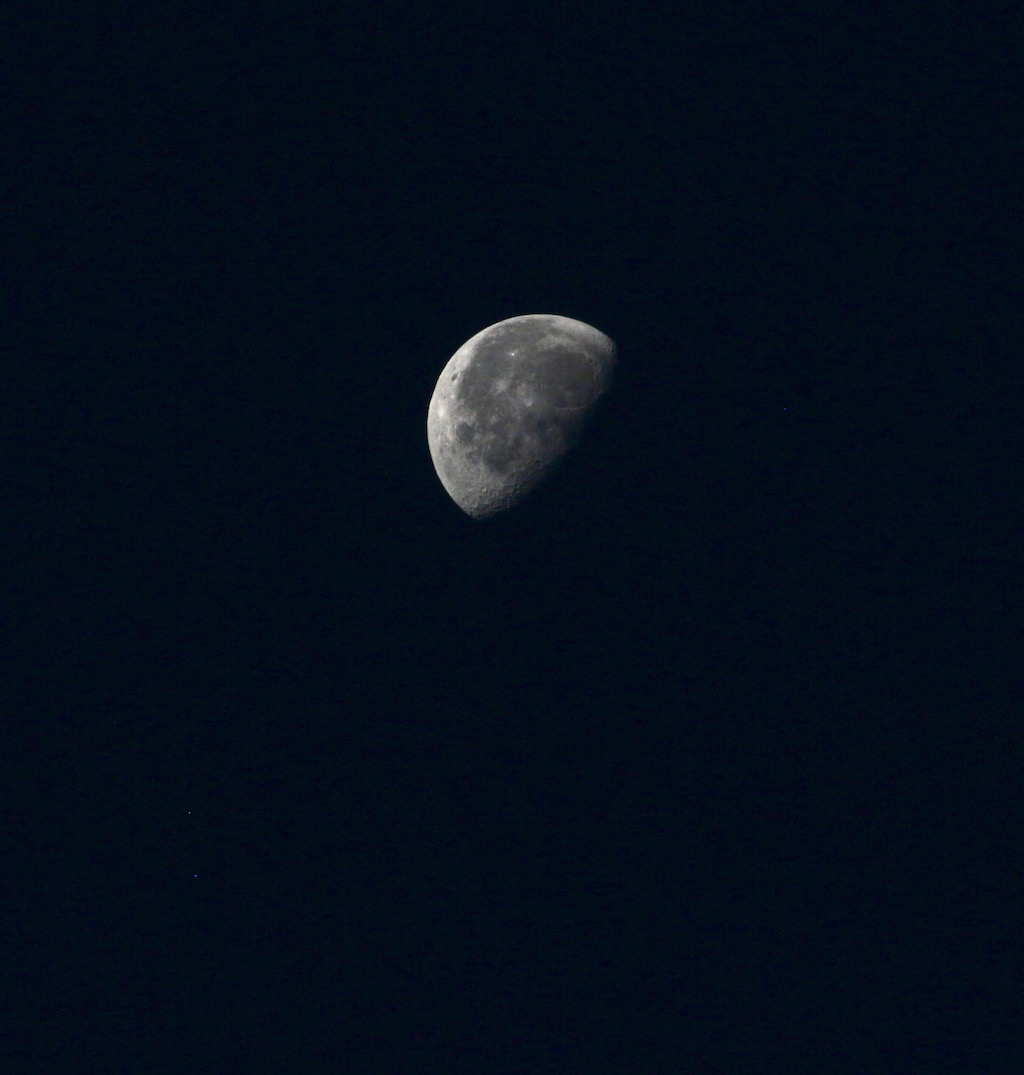 Then I looked down at my wrist and saw this:

This bothered me more than it should. The two don’t really look the same at all. On my wrist is a powerful computer, capable of precisely locating itself on the surface of the earth (and indeed the solar system!)…but it isn’t showing me the correct moon. 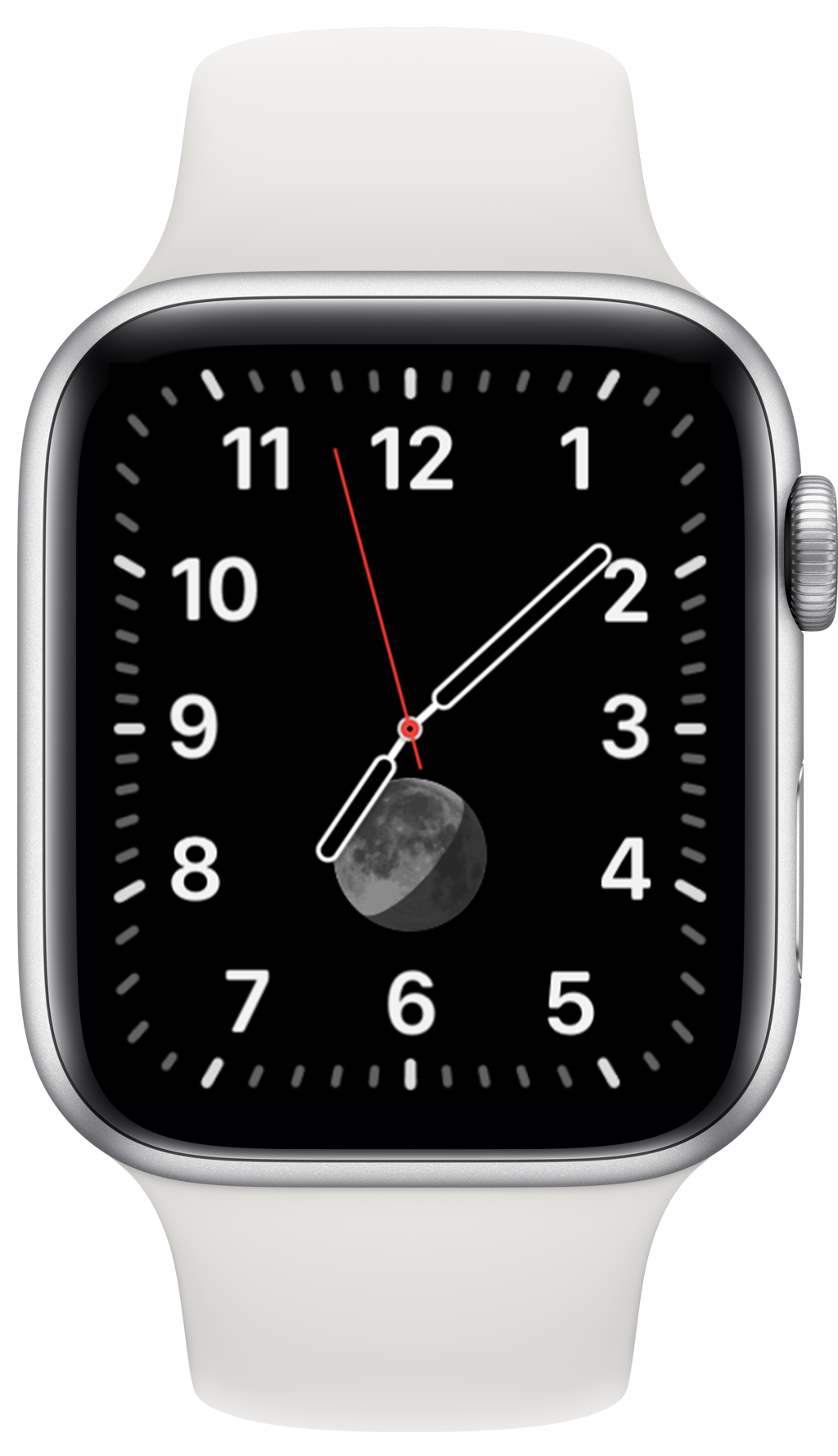 The result is Geneva Moon.

Geneva Moon seeks to provide a highly accurate, visually pleasing indication of what the moon looks like right now, right where you are. My goal was to make it so that if you look down at your wrist and then up into the sky the images you see should match.

Building it has been a fun little adventure into astronomy. The moon image I generate is adjusting itself for all manner of astronomical factors. I got to learn about such fun terms as: parallactic angle, libration, and lunar terminator. 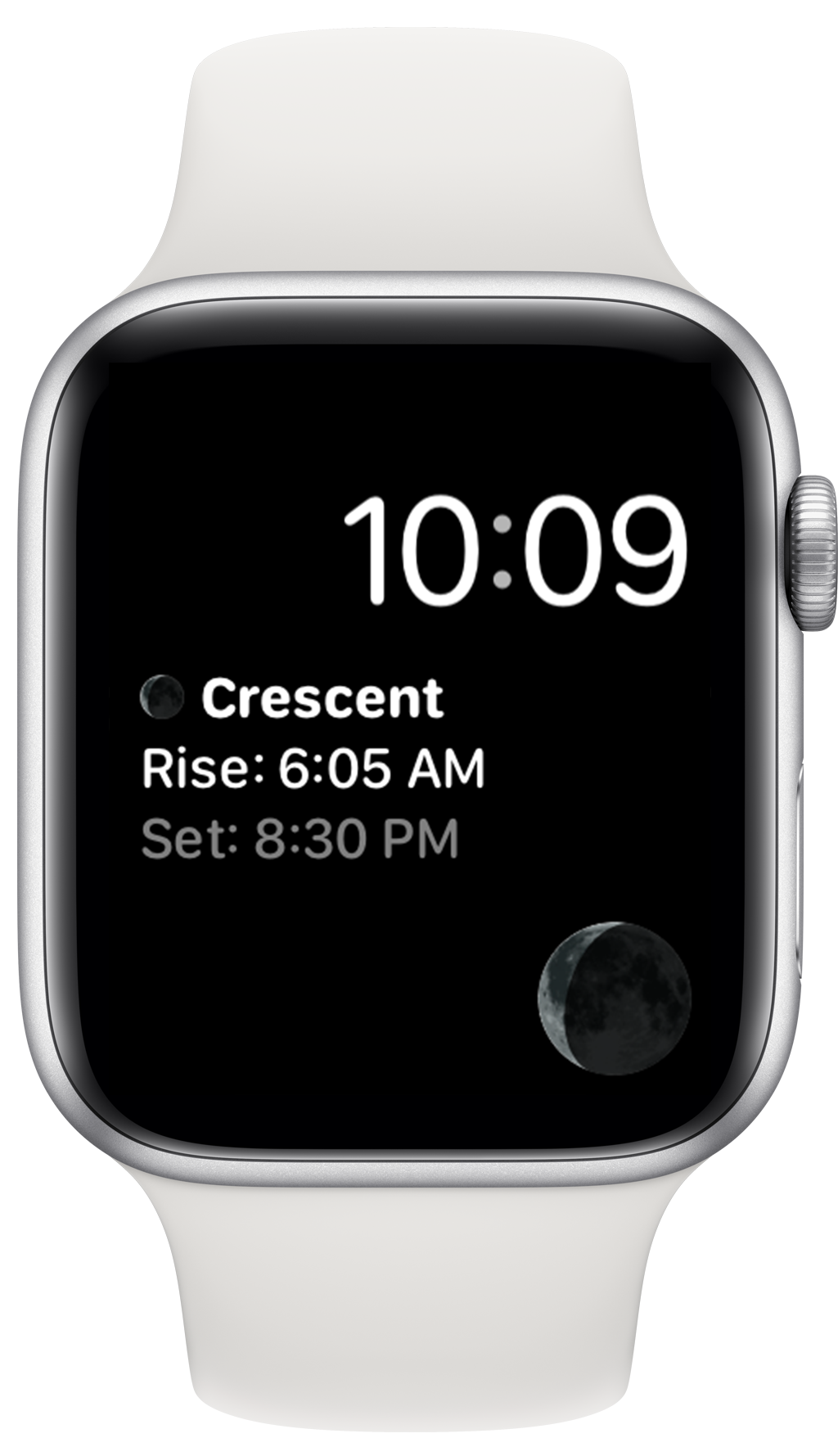 It includes a robust set of complications for every watch face type. You can choose between either a visually rich ‘actual’ appearance or a more simplified version, to fit your own personal style. 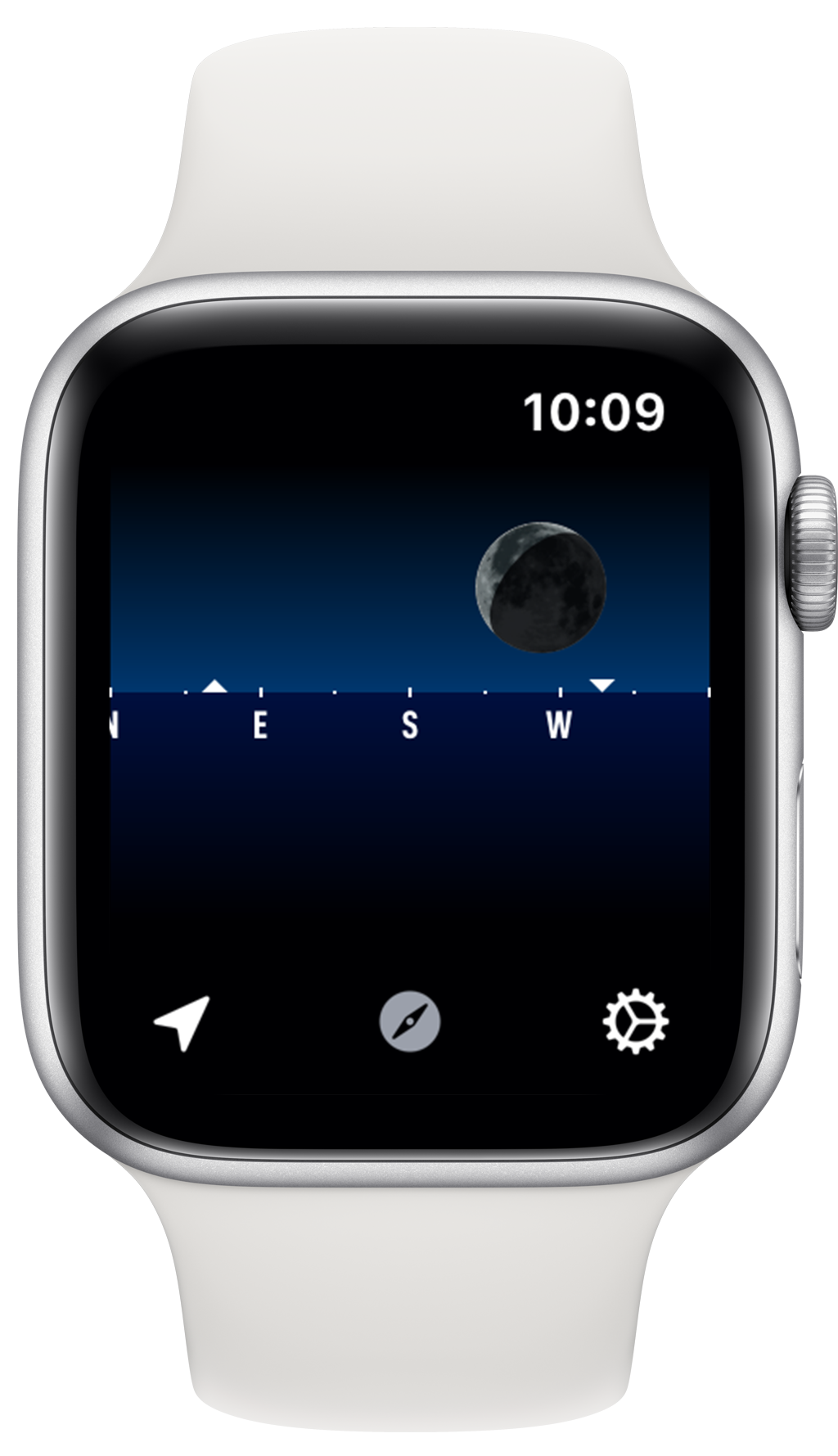 Within the actual app itself it displays the current location of the moon in the sky (azimuth and elevation) along the horizon. If you rotate the Digital Crown you can shift forward and backwards through time.

Additionally, on the new Series 5 Apple Watch, which is equipped with a compass, you can have Geneva Moon orient itself towards the actual moon to make it easier to locate the moon in the sky.

I hope you enjoy this little utility, I really enjoyed making it.

A Press Kit for the app is here.

This is my first app built using SwiftUI. It is really cool to see how interactive and lively you can now make an Apple Watch app. The compass mode feature especially wouldn’t really have been practical or performant to build using WatchKit.

Also, it is an Apple Watch only app, which means I didn’t have to build a hosting iPhone app.