Yesterday was the five year anniversary of the initial release of the Apple Watch. If you’ve read this blog for any length of time you’ll know I’m rather a big fan of it. I’m honestly having a tough time wrapping my brain around that it has been five years since I first put one on my wrist. I feel like it has always been there.

I wanted to quantify that feeling so I wrote a little program to calculate just how much I’ve had worn an Apple Watch on my wrist since its release. I expected the number to be high, but I wasn’t sure quite how high.

My approach was to use HealthKit to determine how many hour-long periods I had recorded a heart rate sample. This seemed like a good rough proxy for how often I was wearing my Apple watch. While obviously not perfect as it includes periods where I wasn’t wearing it for a whole hour, it should give a solid general sense of my patterns. 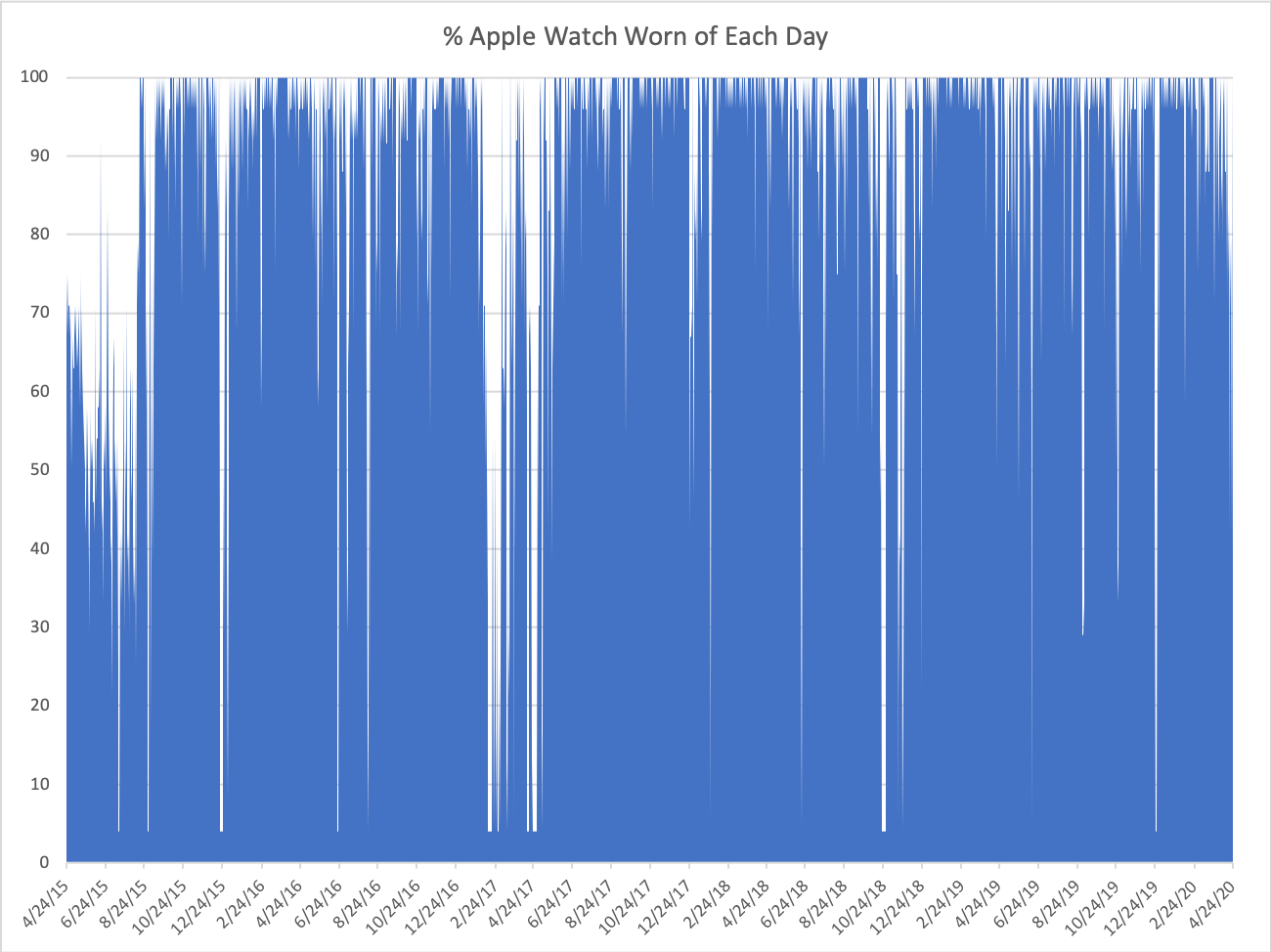 This has to be the largest association I have with any worn object other than my wedding ring.

My wearing habits seem to follow a few clear patterns. During the initial period I wore it roughly 50-60% each day, taking it off at night to charge while I slept. Then around August of 2015 I had the idea to build Sleep++ and suddenly my typical day jumps to nearly 100%…and has remained there ever since.

There have been a few periods where I have intentionally taken it off. This are usually around holidays or vacations where I’m seeking to truly ‘disconnect’. Otherwise, if it is a normal day, there has been an Apple Watch on my wrist.

I am really grateful for this device. It has become a constant companion both in my daily life and in my work. Developing apps for it continues to be the most rewarding part of my work. I look forward to the next 38,299 hours wearing one and seeing how this platfrom continues to grow and evolve.

If you want to give this a try with your own Health data I posted the script here. You’ll need a developer account to run it on an actual device.